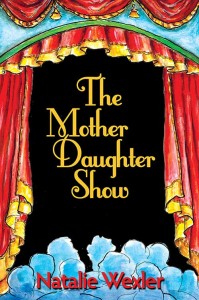 The cover for my forthcoming novel, including the watercolor painted by my friend Lidya Buzio.

We all know you’re not supposed to judge a book by its cover. And yet who doesn’t? We do it both in the metaphorical sense and the literal one, constantly. Put a plain brown book cover next to a striking colorful one, perhaps with a clever hook, and which do you think the average buyer is more likely to pick up in a bookstore?

Even in these days of Kindles and Nooks, the cover makes a difference, or so I’m told. It has to be bold and large-scale enough to come across in the thumbnail images that buyers see on websites – even if they may never see the cover again after buying the book.

I know the importance of a good cover from experience. I was lucky enough to have the cover art for my first novel, A More Obedient Wife, done by the famed early American portraitist Gilbert Stuart. He happened to have painted a portrait of one of my main characters in the early 19th century. I’ve gotten compliments on that cover from a number of people, although I always give credit to Mr. Stuart.

So when it came time to settle on a cover for my forthcoming novel, The Mother Daughter Show, I knew it would be an important decision. I had an idea—red velvet stage curtains with the book title emblazoned across them, which I hoped would convey the general idea that “all the world’s a stage”—but translating that idea into reality was a tricky proposition. None of the designs that were presented to me quite matched what was in my head.

Then I—or rather, my husband—had an idea. We have a friend, Lidya Buzio, who is a wonderful artist. Why not see if Lidya would do a watercolor of some curtains for the cover, my husband suggested?

It seemed like a lot to ask, but I knew she’d do a great job. Little did I realize how great. Lidya threw herself into this challenge, sending me over a dozen different versions—even working through Hurricane Irene, which battered her house and studio on the eastern end of Long Island and left her without power for several days.

When at last I saw the finished product—the actual book—for the first time just a couple of days ago, it almost brought tears to my eyes. It’s the cover I’d imagined—no, actually, it’s way better: vivid and inviting and whimsical. These curtains have character! If people really do judge books by their covers, this one should fly off the shelves.

And for me, if not for all those potential readers out there, the cover art is all the more beautiful because it was done by a friend (which is one thing I couldn’t say about Gilbert Stuart). Lidya’s is only the most visible of the contributions that numerous friends of mine have made to this book. I don’t know about other authors, but I don’t seem to be able to do these things alone. I had a small army of friends, Lidya included, reading various drafts, making suggestions, and cheering me on. (This would include my poor husband, who probably rues the day he decided to hitch himself to someone with aspirations to be a writer.)

So to Lidya and all the rest (you’ll find their names in the Acknowledgments section of the book), thank you from the bottom of my heart.