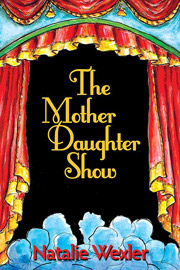 At Barton Friends, a D.C. prep school so elite its parent body includes the President and First Lady, three mothers throw themselves into organizing the annual musical revue. Will its Machiavellian intrigue somehow enable them to connect with their graduating daughters, who are fast spinning out of control?

For Barb Atkins, perennial Parents Association volunteer, the show is a way to prove her knack for defusing conflict. It’s also her last chance to win over her rebellious daughter with an offering of love. Meanwhile, hard-driving businesswoman Susan Logan is poised to take control—something she’s fast losing in her relationship with her daughter, who’s hiding a dangerous secret. Susan’s friend Amanda Marchetti is under serious financial pressure to return to the practice of law after twenty years as a stay-at-home mom. For her, the show is a path to rediscovering her long-dormant ambition to be a songwriter. And she hopes it will win her the respect of her uncommunicative daughter, who sees her mother only as a source of food and clean laundry.

Although Barb, Susan, and Amanda start out with the best of intentions, the final result is so disastrous it makes the evening news. But along the way, the three women discover some important truths about friendship, love, and the enduring strength of the mother-daughter bond.

In crafting The Mother Daughter Show, author Natalie Wexler drew on her own experience as a parent at D.C.’s Sidwell Friends School. By turns hilarious and poignant, this satire is a breezy and absorbing read that will appeal to anyone who’s ever had a daughter–and anyone who’s ever been one.

The Mother-Daughter Show available now in both print and e-versions from:

Praise for The Mother Daughter Show

The Portland Book Review gives The Mother Daughter Show three stars and proclaims it "an amusing and perceptive look at one of the most complex human relationships during its most turbulent year."

"Jane Austen would have enjoyed reading about class, status and the strivings of women to achieve stature in their society and satisfaction in their lives in The Mother-Daughter Show ... The times may change but human nature doesn’t, which is part of the joy of reading Natalie Wexler’s clever and witty look at what women of a certain station want... Acutely observed social commentary ... A very fun summer read." The Washington Independent Review of Books

"A funny, fast-moving page-turner of a book." The Hudson Valley News

"Humorous, lively. Readers will sympathize and cheer for the characters, and find much to relate with in their own lives. Recommended for women readers, but all readers will enjoy it." Booksie's Blog

"A very enjoyable book, even if you think its world is science fiction." Chaotic Compendiums

"Two thumbs up!" Something She Wrote

"A must read." Two Ends of the Pen

"Every bit as fabulous as I thought it would be." Minding Spot

“A wise and lively look at real grown-ups, alleged adults, and women-in-training. The setting is perfect for Natalie Wexler’s satire.”

“Every page of this very contemporary page-turner is written with a heartfelt, humorous touch, with characters so vivid and real, they came to feel like friends I'd known forever.”

Rachel Simon, author of The Story of Beautiful Girl

“A terrific read. Funny and heartbreaking and so credible I laughed out loud.”